The Politics of Anxiety in Nineteenth-Century American Literature 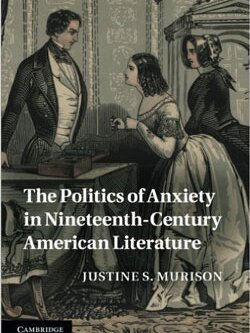 For much of the nineteenth century, the nervous system was a medical mystery, inspiring scientific studies and exciting great public interest. Because of this widespread fascination, the nerves came to explain the means by which mind and body related to each other. By the 1830s, the nervous system helped Americans express the consequences on the body, and for society, of major historical changes. Literary writers, including Nathaniel Hawthorne and Harriet Beecher Stowe, used the nerves as a metaphor to re-imagine the role of the self amidst political, social and religious tumults, including debates about slavery and the revivals of the Second Great Awakening. Representing the 'romance' of the nervous system and its cultural impact thoughtfully and, at times, critically, the fictional experiments of this century helped construct and explore a neurological vision of the body and mind. Murison explains the impact of neurological medicine on nineteenth-century literature and culture. 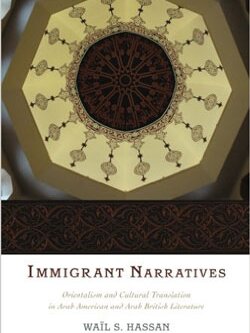 Arab immigrants began to arrive in the United States in the late-nineteenth century and in Britain after World War Two. Those immigrants have produced a vast literature that remains relatively unknown outside of specialist circles. Like other ethnic literatures, Arab-American and Arab-British writing treats a variety of themes such as the immigrant experience, the lives of minorities, cultural misconceptions, and stereotypes. In addition to that, Arab immigrant writing also reveals unique perspectives on complex issues that continue to shape our world today, such as inter-faith relations, the tangled politics of the Middle East, the role played first by the British empire then by the United States in the region, the representations of Arabs and Arab culture in British and American societies, and the status of Muslim minorities there. Although those issues have acquired an unprecedented urgency in the post-9/11 period, they have preoccupied Arab-American and Arab-British writers since the early days of the twentieth century. While this book is not a comprehensive literary history, it offers a critical reading of that tradition from its inception to the present. Drawing upon postcolonial, translation, and minority discourse theory, Immigrant Narratives investigates how key novelists and autobiographers have described their immigrant experiences, and in so doing acted as mediators and interpreters between cultures, and how they have forged new identities in their adopted countries.

Changing Is Not Vanishing: A Collection of American Indian Poetry to 1930 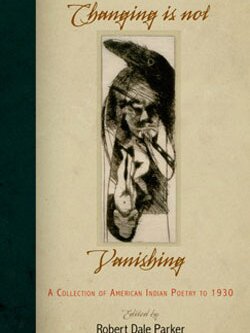 Changing Is Not Vanishing includes poems by 82 writers and provides a full bibliography of all the poets Parker has identified—most of them unknown even to specialists in Indian literature. In a wide range of approaches and styles, the poems in this collection address such topics as colonialism and the federal government, land, politics, nature, love, war, Christianity, and racism. With a richly informative introduction and extensive annotation,Changing Is Not Vanishing opens the door to a trove of fascinating, powerful poems that will be required reading for all scholars and readers of American poetry and American Indian literature. 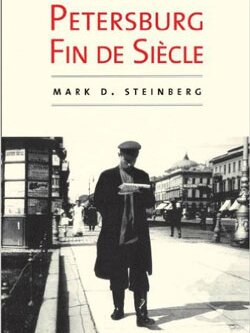 The final decade of the old order in imperial Russia was a time of both crisis and possibility, an uncertain time that inspired an often desperate search for meaning. This book explores how journalists and other writers in St. Petersburg described and interpreted the troubled years between the Russian revolutions of 1905 and 1917.

Mark Steinberg, distinguished historian of Russia in the late nineteenth and early twentieth centuries, examines the work of writers of all kinds, from anonymous journalists to well-known public intellectuals, from secular liberals to religious conservatives. Though diverse in their perspectives, these urban writers were remarkably consistent in the worries they expressed. They grappled with the impact of technological and material progress on the one hand, and with an ever-deepening anxiety and pessimism on the other. Steinberg reveals a new, darker perspective on the history of St. Petersburg on the eve of revolution and presents a fresh view of Russia's experience of modernity.

For Love or for Money: Balzac's Rhetorical Realism 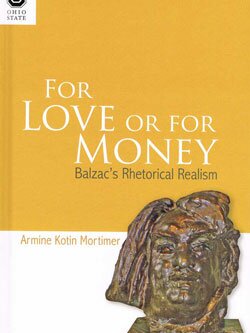 Everyone agrees that Balzac is a realistic writer, but what do we actually mean when we say that? This book examines the richness and variety of Balzac’s approaches to realism, employing several different interpretive methods. Taking love and money as the “Prime Movers” of the world of La Comédie humaine, twenty-one chapters provide detailed analyses of the many strategies by which the writing forges the powerful impression of reality, the construction we famously think of as Balzacian realism. Each chapter sets the methods and aims of its analysis, with particular attention to the language that conveys the sense of reality. Plots, devices, or interpretive systems (including genealogies) function as images or reflections of how the novels make their meanings. The analyses converge on the central point: how did Balzac invent realism? No less than this fundamental question lies behind the interpretations this book provides, a question to which the conclusion provides a full answer.

A major book in English devoted entirely to Balzac was overdue. Here is the American voice of Balzac studies, an engaging, insightful, and revealing excursion among the masterworks of one of the most important authors of all time.

The 'Invisible Hand' and British Fiction, 1818-1860: Adam Smith, Political Economy, and the Genre of Realism 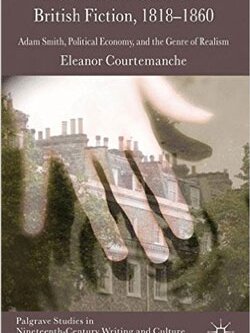 The 'invisible hand', Adam Smith's metaphor for the morality of capitalism, is explored in this text as being far more subtle and intricate than is usually understood, with many British realist fiction writers (Austen, Dickens, Gaskell, Eliot) having absorbed his model of ironic causality in complex societies and turned it to their own purposes.