Lookout America! The Secret Hollywood Studio at the Heart of the Cold War

Kevin Hamilton and Ned O'Gorman
The University of Chicago Press
(2018) 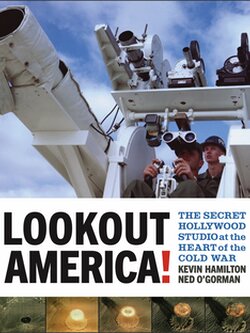 This is the first work ever written on the most important film studio in U.S. Cold War history: Lookout Mountain Laboratory, known during the 1960s as the 1352nd Photographic Group of the United States Air Force. The studio, christened Lookout Mountain Laboratory after its hilltop location in Hollywood, operated from 1947 to 1969 at the nexus between the emerging military-industrial complex and the Hollywood culture industry. It made hundreds of movies, processed hundreds of thousands of feet of film, stored volumes of Cold War imagery, and served as a regular meeting spot for atomic scientists, military brass, and Hollywood professionals. In the course of its history, Lookout Mountain Laboratory employed hundreds of Hollywood studio veterans and could summon the services, as needed, of such film luminaries as John Ford, Jimmy Stewart, and Marilyn Monroe. Moreover, Lookout Mountain Laboratory worked closely with the most important innovators in scientific and technical film and photography in mid-century America, above all the government contractor EG&G (or Edgerton, Germeshausen, and Grier). Based on extensive archival research and interviews, this landmark history engages with issues of the Cold War, the visual culture of the era, and the cultural collaborations of the national-security state.

Voices of Drought: The Politics of Music and Environment in Northeastern Brazil 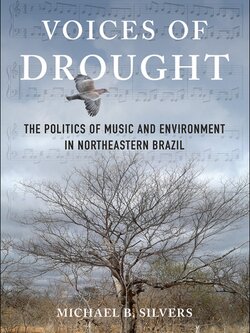 In Voices of Drought, Michael B. Silvers proposes a scholarship focused on environmental justice to understand key questions in the study of music and the environment. His ecomusicological perspective offers a fascinating approach to events in Ceará, a northeastern Brazilian state affected by devastating droughts. These crises have a profound impact on social difference and stratification, and thus on forró music in the sertão (backlands) of the region. At the same time, the complex interactions of popular music and social conditions also help create the environment. Silvers offers case studies focused on the sertão that range from the Brazilian wax harvested in Ceará for use in early wax cylinder sound recordings to the drought- and austerity-related cancellation of Carnival celebrations in 2014-16. Unearthing links between music and the environmental and social costs of drought, his daring synthesis explores ecological exile, poverty, and unequal access to water resources alongside issues like corruption, prejudice, unbridled capitalism, and expanding neoliberalism.

With Stones in Our Hands: Writings on Muslims, Racism, and Empire 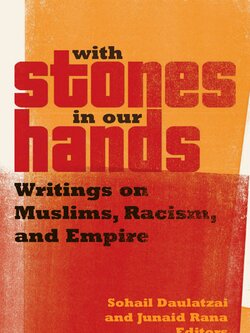 After September 11, 2001, the global War on Terror has made clear that Islam and Muslims are central to an imperial system of racism. Prior to 9/11, white supremacy had a violent relationship of dominance with Islam and Muslims. Racism against Muslims today borrows from centuries of white supremacy and is a powerful and effective tool to maintain the status quo.

With Stones in Our Hands compiles writings by scholars and activists who are leading the struggle to understand and combat anti-Muslim racism. Through a bold call for a politics of the Muslim Left and the poetics of the Muslim International, this book offers a glimpse into the possibilities of social justice, decolonial struggle, and political solidarity. The essays in this anthology reflect a range of concerns such as the settler colonial occupation of Palestine, surveillance and policing, blackness and radical protest traditions, militarism and empire building, social movements, and political repression. With Stones in Our Hands offers new ideas to achieve decolonization and global solidarity.

Colonial al-Andalus: Spain and the Making of Modern Moroccan Culture 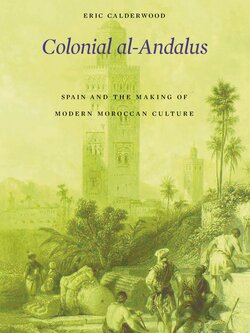 Through state-backed Catholicism, monolingualism, militarism, and dictatorship, Spain’s fascists earned their reputation for intolerance. It may therefore come as a surprise that 80,000 Moroccans fought at General Franco’s side in the 1930s. What brought these strange bedfellows together, Eric Calderwood argues, was a highly effective propaganda weapon: the legacy of medieval Muslim Iberia, known as al-Andalus. This legacy served to justify Spain’s colonization of Morocco and also to define the Moroccan national culture that supplanted colonial rule.

Writers of many political stripes have celebrated convivencia, the fabled “coexistence” of Christians, Muslims, and Jews in medieval Iberia. According to this widely-held view, modern Spain and Morocco are joined through their shared Andalusi past. Colonial al-Andalus traces this supposedly timeless narrative to the mid-1800s, when Spanish politicians and intellectuals first used it to press for Morocco’s colonization. Franco later harnessed convivencia to the benefit of Spain’s colonial program in Morocco. This shift precipitated an eloquent historical irony. As Moroccans embraced the Spanish insistence on Morocco’s Andalusi heritage, a Spanish idea about Morocco gradually became a Moroccan idea about Morocco.

The Voice of Technology: Soviet Cinema's Transition to Sound, 1928-1935 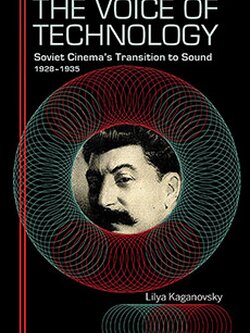 As cinema industries around the globe adjusted to the introduction of synch-sound technology, the Soviet Union was also shifting culturally, politically, and ideologically from the heterogeneous film industry of the 1920s to the centralized industry of the 1930s, and from the avant-garde to Socialist Realism. In The Voice of Technology: Soviet Cinema’s Transition to Sound, 1928–1935, Lilya Kaganovsky explores the history, practice, technology, ideology, aesthetics, and politics of the transition to sound within the context of larger issues in Soviet media history. Industrialization and centralization of the cinema industry greatly altered the way movies in the Soviet Union were made, while the introduction of sound radically influenced the way these movies were received. Kaganovsky argues that the coming of sound changed the Soviet cinema industry by making audible, for the first time, the voice of State power, directly addressing the Soviet viewer. By exploring numerous examples of films from this transitional period, Kaganovsky demonstrates the importance of the new technology of sound in producing and imposing the "Soviet Voice."

A History of Russia 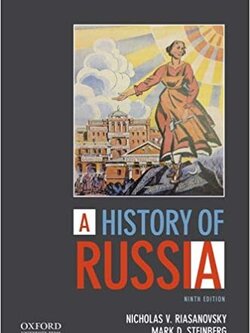 Now extensively revised in this ninth edition, A History of Russia covers the entire span of the country's history, from ancient times to the post-communist present. Keeping with the hallmark of the text, Riasanovsky and Steinberg examine all aspects of Russia's history--political, international, military, economic, social, and cultural--with a commitment to objectivity, fairness, and balance, and to reflecting recent research and new trends in scholarly interpretation. In the ninth edition, this includes expanded attention to the experiences of ordinary men and women and to imperial expansion and diversity. Extensively revised and with a more streamlined organization, A History of Russia, Ninth Edition, includes recent developments in Ukraine and Russia's near abroad in the Putin era.