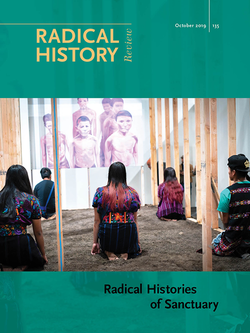 This editors’ introduction examines the genealogies of sanctuary as a space—and movement-based oppositional practice, one that contests the sovereign power of the nation-state and the structural roots of multiple, intersecting oppressions. Like each contribution to this special issue, the introduction challenges readers to reconsider the meanings and possibilities of sanctuary movements across time and place. It raises contexts and themes that are investigated in the issue’s contributions on the struggles of migrant communities in a context of increasingly militarized borders, Indigenous practices of radical hospitality, GLBTQ spaces of refuge, policing reform efforts, and practices of civil disobedience. This introduction looks to both the history and the radical future of sanctuary. 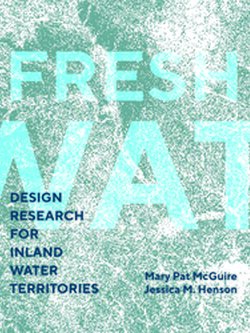 Fresh Water is a book that addresses regional, territorial, and continental water issues through interdisciplinary design research in landscape architecture. The geographical and hydrosocial context of the major inland (non-coastal) watersheds of the North American continent–the Mississippi, the Great Lakes Basin-St. Lawrence and the Nelson–remains an under-explored field for design research. Major spatial, temporal, biological, and geological manipulations of water bodies, systems, and flows raise critical questions about how to redefine human-hydro relationships and to reverse the deterioration of freshwater systems across the territory. Fresh Water assembles scholarly papers from designers that reframe complex issues of industrial agriculture, energy production, urban sewersheds, water law, transportation tributaries, and cross-watershed diversions, to propose new inland water futures. Design contributors interrogate the institutional regime and control of inland water, integrating diverse disciplinary knowledge to support multi-scalar interventions that challenge land and water policy to consider a range of new and urgent partnerships and projects this century.

How to Interpret Literature: Critical Theory for Literary and Cultural Studies, 4th Edition 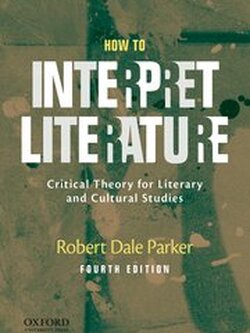 Offering a refreshing combination of accessibility and intellectual rigor, How to Interpret Literature: Critical Theory for Literary and Cultural Studies, Fourth Edition, presents an up-to-date, concise, and wide-ranging historicist survey of contemporary thinking in critical theory. The only book of its kind that thoroughly merges literary studies with cultural studies, this text provides a critical look at the major movements in literary studies from the 1930s to the present. It is the only up-to-date survey of literary theory that devotes extensive treatment to queer studies, postcolonial and race studies, environmental criticism, and disability studies. How to Interpret Literature is ideal as a stand-alone text or in conjunction with an anthology of primary readings, like Robert Dale Parker's Critical Theory: A Reader for Literary and Cultural Studies.

Counter-Cola: A Multinational History of the Global Corporation 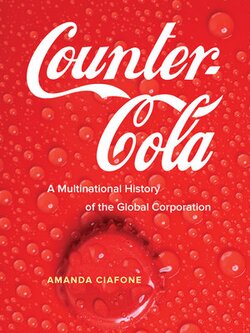 Counter-Cola charts the history of one of the world’s most influential and widely known corporations, The Coca-Cola Company. Over the past 130 years, the corporation has sought to make its products, brands, and business central to daily life in over 200 countries. Amanda Ciafone uses this example of global capitalism to reveal the pursuit of corporate power within the key economic transformations—liberal, developmentalist, neoliberal—of the twentieth and twenty-first centuries.  Coca-Cola's success has not gone uncontested. People throughout the world have redeployed the corporation, its commodities, and brand images to challenge the injustices of daily life under capitalism. As Ciafone shows, assertions of national economic interests, critiques of cultural homogenization, fights for workers’ rights, movements for environmental justice, and debates over public health have obliged the corporation to justify itself in terms of the common good, demonstrating capitalism’s imperative to either assimilate critiques or reveal its limits.

Militarism and Capitalism: The Work and Wages of Violence 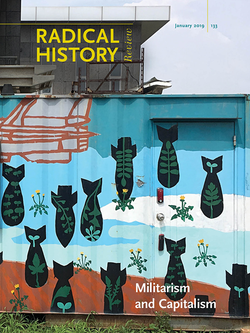 Militarism and capitalism have been conjoined, in symbiosis, from at least the period of the triangular trade one-half millennia ago, when industrialization projects around the globe trafficked in human bodies and the labor and armaments of systemic control. The evolving enmeshment of capitalist and military growth, in fact, generates a multitude of intricate relationships, where militarism avails its considerable resources to suppress anticapitalist movements globally, and where the military-industrial complex stabilizes capitalist activity, absorbing its excesses by producing armaments, surveillance tactics, and ever-diversifying uses of security technology. Further, as capitalist activity continues to seek new markets and forms of production, in concomitant fashion, policies of human dispossession, dislocation, and destruction inevitably are normalized. In the United States, for example, state and private enterprises approach these twined forces of expansion and destruction with the false yet clichéd appeal of spreading the “greater goods” of capitalism and democracy through the War on Terror. That is, deeper conjunctions of militarism and capitalism make the line between them increasingly indistinct and call for radical interventions to expose the military-industrial complex’s inner workings and impacts on the quality of human life and on the viability of societies across the globe. The editors of this issue and the scholars whose work appears on its pages seek to demonstrate the critical need to understand capitalist projects and military aggression by illuminating their deep entanglements. 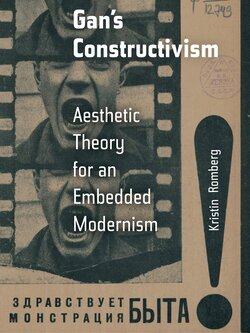 This compelling new account of Russian constructivism repositions the agitator Aleksei Gan as the movement’s chief protagonist and theorist. Primarily a political organizer during the revolution and early Soviet period, Gan brought to the constructivist project an intimate acquaintance with the nuts and bolts of “making revolution.” Writing slogans, organizing amateur performances, and producing mass-media objects define an alternative conception of “the work of art”—no longer an autonomous object but a labor process through which solidarities are built. In an expansive analysis touching on aesthetic and architectural theory, the history of science and design, sociology, and feminist and political theory, Kristin Romberg invites us to consider a version of modernism organized around the radical flattening of hierarchies, a broad distribution of authorship, and the negotiation of constraints and dependencies. Moving beyond Cold War abstractions, Gan’s Constructivism offers a fine-grained understanding of what it means for an aesthetics to be political. 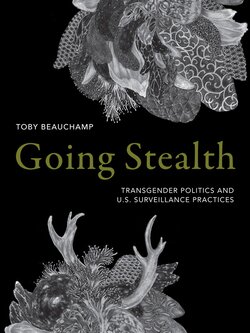 In Going Stealth Toby Beauchamp demonstrates how the enforcement of gender conformity is linked to state surveillance practices that identify threats based on racial, gender, national, and ableist categories of difference. Positioning surveillance as central to our understanding of transgender politics, Beauchamp examines a range of issues, from bathroom bills and TSA screening practices to Chelsea Manning's trial, to show how security practices extend into the everyday aspects of our gendered lives. He brings the fields of disability, science and technology, and surveillance studies into conversation with transgender studies to show how the scrutinizing of gender nonconformity is motivated less by explicit transgender identities than by the perceived threat that gender nonconformity poses to the U.S. racial and security state. Beauchamp uses instances of gender surveillance to demonstrate how disciplinary power attempts to produce conformist citizens and regulate difference through discourses of security. At the same time, he contends that greater visibility and recognition for gender nonconformity, while sometimes beneficial, might actually enable the surveillance state to more effectively track, measure, and control trans bodies and identities.