Revolutionary Life: The Everyday of the Arab Spring 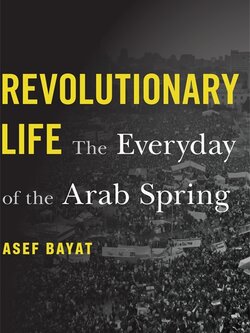 From the standpoint of revolutionary politics, the Arab Spring can seem like a wasted effort. In Tunisia, where the wave of protest began, as well as in Egypt and the Gulf, regime change never fully took hold. Yet if the Arab Spring failed to disrupt the structures of governments, the movement was transformative in farms, families, and factories, souks and schools.

Seamlessly blending field research, on-the-ground interviews, and social theory, Asef Bayat shows how the practice of everyday life in Egypt and Tunisia was fundamentally altered by revolutionary activity. Women, young adults, the very poor, and members of the underground queer community can credit the Arab Spring with steps toward equality and freedom. There is also potential for further progress, as women’s rights in particular now occupy a firm place in public discourse, preventing retrenchment and ensuring that marginalized voices remain louder than in prerevolutionary days. In addition, the Arab Spring empowered workers: in Egypt alone, more than 700,000 farmers unionized during the years of protest. Labor activism brought about material improvements for a wide range of ordinary people and fostered new cultural and political norms that the forces of reaction cannot simply wish away.

In Bayat’s telling, the Arab Spring emerges as a paradigmatic case of “refolution”—revolution that engenders reform rather than radical change. Both a detailed study and a moving appeal, Revolutionary Life identifies the social gains that were won through resistance.

The Archaeology of Craft and Industry 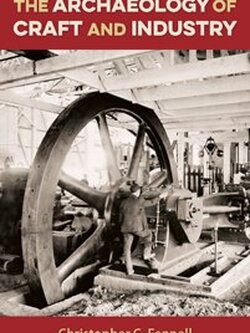 In this expansive yet concise survey, Christopher Fennell discusses archaeological research from sites across the United States that once manufactured, harvested, or processed commodities. Through studies of craft enterprise and the Industrial Revolution, this book uncovers key insights into American history from the seventeenth through the nineteenth centuries.

Fennell also traces the distribution and transportation of goods along canals and railroads. He delves into sites of extraction, such as lumber mills, copper mines, and coal fields, and reviews diverse methods for smelting and shaping iron. The book features an in-depth case study of Edgefield, South Carolina, a town that pioneered the production of alkaline-glazed stoneware pottery. Fennell outlines shifts within the field of industrial archaeology over the past century that have culminated in the recognition that these locations of remarkable energy, tumult, and creativity represent the lives and ingenuity of many people. In addition, he points to ways the field can help inform sustainable strategies for industrial enterprises in the present day. 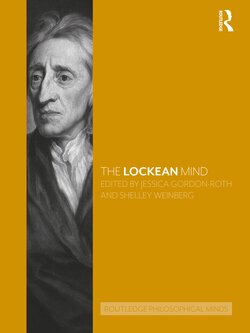 John Locke (1632–1704) is considered one of the most important philosophers of the modern era and the first of what are often called ‘the Great British Empiricists.’ His major work, An Essay Concerning Human Understanding, was the single most widely read academic text in Britain for fifty years after its publication and set new limits to the scope and certainty of what we can claim to know about ourselves and the natural world. The Declaration of Independence and the United States Constitution were both highly influenced by Locke’s libertarian philosophical ideas, and Locke continues to have an impact on political thought, both conservative and liberal. It is less commonly known that Locke was a practicing physician, an influential interpreter of the Bible, and a policy maker in the English Carolina colonies.

The Lockean Mind provides a comprehensive survey of Locke’s work, not only placing it in its historical context but also exploring its contemporary significance. Comprising almost sixty chapters by a superb team of international contributors, the volume is divided into twelve parts covering the full range of Locke’s thought:

The Edinburgh Companion to Irish Modernism 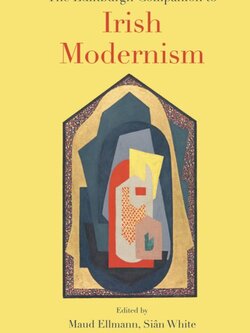 The Edinburgh Companion to Irish Modernism presents a fresh perspective on received understandings of Irish modernism. The introduction draws connections between modernism in the arts and modernism as a resistant, liberal, relativist movement within the Catholic Church that was gathering momentum in the same period. In religion as in culture, resistance to orthodoxy has persisted, and for this reason this companion explores modernist heresies – cultural, aesthetic, critical, epistemological – that stretch back to the late nineteenth-century and forward to present day. Contributors widen the temporal, conceptual, generic, and geographical definitions of Irish modernism by investigating crosscurrents between literary form and cultural transformation through the twentieth and twenty-first centuries. The book enriches the canon of Irish modernism by recovering lesser-known works by both neglected and canonical writers, especially women poets and novelists.

Formless Formation: Vignettes for the End of this World 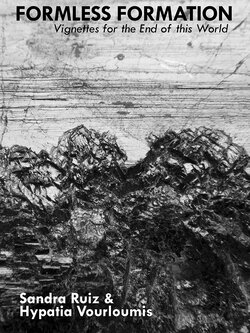 Formless Formation is an experimental project conceived and co-authored by two performance theorists working in critical aesthetics and political thought. The book is an insurgent revolt, walking side by side with plural and planetary anticolonial forces organizing against debt, expropriative extractive capital, environmental catastrophe, and the militarized policing of people and borders. It is in direct conversation with all Indigenous, Black, Brown, ecological, feminist, queer, diaspora movements and struggles countering capitalist predatory formations across time and space. Through shared resonances across differing aesthetic-life-worlds and solidarities that bypass the nation-state, Ruiz and Vourloumis bring to the forefront performative and aesthetic practices and methods that address current and future social organizing. 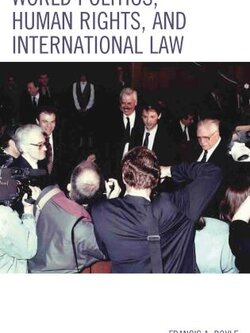 World Politics, Human Rights, and International Law examines the functional dynamics between these concepts based upon the author's professional experiences dealing with real world situations, problems, and crises: from the Bush, Obama, and Trump administrations; Iraq, Iran, Palestine, Israel, and Syria; Bosnia and Herzegovina; successfully litigating genocide at the World Court; indicting Slobodan Milosevic at the International Criminal Tribunal for the Former Yugoslavia; prosecuting American torture and enforced disappearances at the International Criminal Court; opposing nuclear, chemical, and biological weapons; citizen civil resistance against state crimes; protecting Indigenous Peoples, etc. The reader can see how the author defined these predicaments from the perspective of international law and human rights, and then proceeded to grapple with them and to rectify them. This book demonstrates the power of international law and human rights to make a positive difference for international peace and justice as well as for the good of humanity in the real world of international power politics. By reading this book the citizen will be empowered and inspired to do the same. 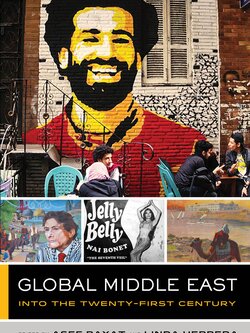 Localities, countries, and regions develop through complex interactions with others. This striking volume highlights global interconnectedness seen through the prism of the Middle East, both “global-in” and “global-out.” It delves into the region’s scientific, artistic, economic, political, religious, and intellectual formations and traces how they have taken shape through a dynamic set of encounters and exchanges.

Written in short and accessible essays by prominent experts on the region, Global Middle East covers topics including God, Rumi, food, film, fashion, music, sports, science, and the flow of people, goods, and ideas. The text explores social and political movements from human rights, Salafism, and cosmopolitanism to radicalism and revolutions. Using the insights of global studies, students will glean new perspectives about the region. 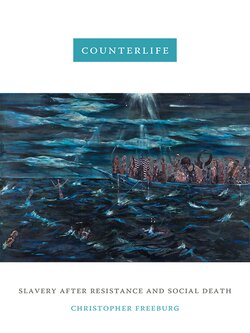 In Counterlife Christopher Freeburg poses a question to contemporary studies of slavery and its aftereffects: what if freedom, agency, and domination weren't the overarching terms used for thinking about Black life? In pursuit of this question, Freeburg submits that current scholarship is too preoccupied with demonstrating enslaved Africans' acts of political resistance, and instead he considers Black social life beyond such concepts. He examines a rich array of cultural texts that depict slavery—from works by Frederick Douglass, Radcliffe Bailey, and Edward Jones to spirituals, the television cartoon The Boondocks, and Quentin Tarantino's Django Unchained—to show how enslaved Africans created meaning through artistic creativity, religious practice, and historical awareness both separate from and alongside concerns about freedom. By arguing for the impossibility of tracing slave subjects solely through their pursuits of freedom, Freeburg reminds readers of the arresting power and beauty that the enigmas of Black social life contain.